It’s been almost 20 years since the presidential election photo finish in Florida: Exactly half voted for George Bush and the other half preferred Al Gore. The fiasco of counting chads did not dissuade us from looking at populations and simplifying our world by collapsing them into two groups. It’s the zeitgeist, now more than ever. I’m generally dubious. It just seems to me that we’re much more alike than we’re different.

But after reading each of the 525 responses to our #AAS18 Washington DC post-conference survey, I think maybe I’m finally convinced! The feedback is really rich but it certainly seems to convey two types of participants at AAS. Two groups who want very different things in our future gatherings, and the two types cut across our divisions and are present in both researchers, clinicians and family members.

The first group says, “Just give me the usual.” We love it! Sometimes they don’t even spell out who they are, because we already know. Joiner, Nock, Franklin, Klonsky, Jobes, Bryan and Linehan. These seven champions of the field dominate the dream speaker answers, constituting 50% of all responses (where speakers received at least two votes). And, in 2018, AAS worked hard to stack the deck.

One of my favorite life lessons has been how often the best answer is not either/or, but both/and. In 2019, AAS will host its 52nd conference in Denver, Colorado, and we’ll strive to integrate the paradox… building on our strong tradition and core leadership while also showcasing more diverse and new perspectives.

In order to accomplish this challenge, we’ve engaged a Conference Program Committee that itself reflects this wider view. In addition to the AAS Board of Directors division leaders, we’re thrilled to have the individuals listed below, and we’ll meet together to begin the planning Friday.

While we’ve only just started, I’ve been so impressed by the thought leadership Chris Drapeau is bringing as conference program chair for 2019. And, we’re working closely with last year’s chair Ray Tucker (made me smile to note that Ray inexplicably finds his way into both the “Usual Champions” and “Fresh Voices” lists in the conference feedback.)

Our first conference committee planning meeting will focus on the theme. Chris has keyed into a significant aspect of the fresh voices feedback: multidisciplinary perspectives. After DC’s conference and the extraordinary Thought Leader session from Joe Franklin, some of us replied, “Suicide is more complex than we thought… now what?” Our lead speakers in DC called for new paradigms.

We need a strong injection of innovation, and this cross-pollination is going to require the input of different disciplines, fields, perspectives. We’re pursuing Robert Sapolsky, author of Behave: the Biology of Humans at our Best and Worst, as a marquis 2019 speaker. Melinda Moore is excited by the prospect, writing, “Sapolsky’s work on stress and the hippocampus is one that many of us DBTers understand well and use frequently.” 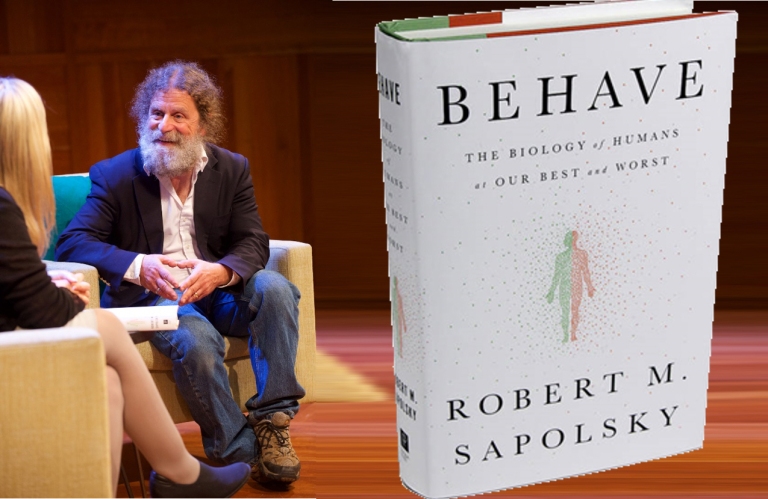 But, let’s multiply that same concept. Thomas Joiner has put forth a fascinating eusociality model of suicide. What might we learn if a leading sociobiologist or primatologist (think Frans de Waal) examined suicide and applied their thinking?

The New York Times has covered Madelyn Gould advancing the idea that suicide is contagious. What ideas would be spawned by a microbiologist and infectious disease expert bringing their knowledge to the increases we see following a high-profile death?

And, we don’t even know everyone who may already be studying suicide from a different discipline. We recently learned somewhat by chance that Marten Scheffer, one of the world’s leading tipping points researchers (which he calls critical transitions in complex and dynamic systems), has shifted his work that began with events in nature like extinction and algae overtaking a pond to explore whether the same mathematics and science extend into social phenomena and even the suicidal mind and heart.

But, even moving beyond the realm of science, Logic’s 1-800-273-8255 rap became a global hit and Grammy nominated song. I was recently at the International Initiative for Mental Health Leadership conference in Sweden and they had a poetry slam in which one young woman’s reading about her pain and recovery just captivated the entire room.

Of course, there was much more in the conference feedback, and I’ll mention just a few of the more compelling ideas. While there was amazing symbolism to gather a block from the nation’s capitol building for the first time, the facility was not conducive to networking and the exhibit space was tight and unwieldy. And, the cost of being in DC was high. We’ll remedy both of these challenges with the Sheraton in downtown Denver.

Several of you reported feeling rushed and overwhelmed with the schedule. The two issues that I felt warranted the most consideration. First, one of you wrote, “Too many break-out sessions with too many panelists; it felt like ‘speed dating’ to get everyone to be able to share their information.” We need to revisit the workshop format. And, we’ve got to make it easier to network and lunch. Not sure if that means a longer break or box lunch provided to participants onsite.

And, we need to address the drop-off in participation on Saturday. Several of you referenced the confusion around programming for the AAS and Healing After Suicide Loss conferences. One of you wrote, “Kay Warren was beyond amazing! But many people missed her.”

Finally, a couple of you were surprised at the lack of a quiet room/space to take a break. We need to address self-care and support. And, we’ll look for ways to enhance your favorite AAS activity, the networking with colleagues. 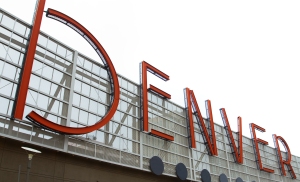 Two groups. Hmm. On second thought, I think I’ll stick to my original assumption after all. There’s just one AAS and we’ll strengthen our Denver conference by weaving into one tapestry… old and new, inside and out. Where did tipping points expert Scheffer begin when he turned his attention to suicide? We asked. He’s studying time series from our own Matthew Nock.

Please don’t hesitate to outreach any of us on the Conference Program Committee with your ideas, and we hope you’ll help us create the best experience ever in 2019.