In April, Phoenix is proud to host the 50th annual conference of the American Association of Suicidology. The theme is Honoring the Past and Innovating for the Future, and nearly 1,500 leaders from around the country will convene at the Hyatt Regency to network and share. They will be researchers, healthcare workforce, crisis services staff, family and friends of someone who died of suicide, and individuals with a lived experience of surviving a suicide attempt.

20 years ago I was graduating with my Masters in Counseling and as I returned home that night there was not a thought in my mind of ever attending such a conference. But as I walked in the door I immediately received a call from a person who attended our church and told me he was simply letting someone know goodbye.

It was early the next morning before I returned home after the real final exam, one for which I had received virtually zero preparation. There was good, bad and ugly. Law enforcement chided me for asking the person who reported the loaded gun to meet me at the McDonalds in the back of the local Walmart.

I leaned on what I had learned. Positive engagement. Collaboration. I remember… the pastor’s wife pushing her cart around the store pretending to be a customer. The man agreeing to an evaluation if I would accompany him. The psychiatrist agreeing to admit if I would secure the shotgun so it would not be in play upon discharge.

That experience has gone with me through my career as I’ve moved from clinician to administrator to policy maker and advocate. I’ve dedicated much of my time and energy to ensuring better supports for individuals who felt alone and in despair, and I’ve worked to equip and empower those (like myself) who were trying to help. 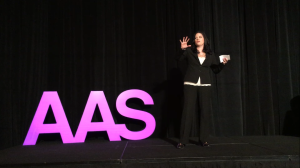 In 2003, I attended my first AAS conference in Santa Fe, New Mexico, and it was amazing to discover a niche community and meet individuals who were actively engaged in the same work. I wasn’t alone. Most all of us had been touched by suicide in some fashion, and this relatively small group was doing big and important work.

Phoenix will be my twelfth conference, and every year I’ve seen the organization pursue better science, and also share solutions that can make a difference now. AAS has done both.

Yet, we’ve struggled to scale our impact to make the dent in this wicked challenge it deserves. For the past three years, I’ve led the Clinical Division for AAS, and worked closely with a group of US and international leaders to bring a central focus on suicide prevention to healthcare.

Arizona is a great place to catalyze innovation, as its healthcare system has catapulted from the back of the line in the late 1980s to one of the strongest systems in the country. It has very advanced management oversight through Medicaid and integrated health plans, and has developed state of the art psychiatric crisis systems and peer delivered mental health recovery programs.

Over the past several years, thousands of those in the Phoenix behavioral healthcare workforce have joined forces with us to save lives. I’m humbled and excited to be announced as AAS President-Elect but also filled with hope as we see new partners in other industries as well: construction executives, business and faith leaders, law enforcement and educators.

I’m also extremely proud of the just announced newest members of our AAS Board of Directors joining us in Phoenix:

We hope you will join us in Phoenix April 26 – 29. To learn more, visit the http://www.suicidology.org website.