In the span of 22 days, Iceland went from being an off-the-beaten-path, exotic vacation destination to THE place to visit. Hard to imagine it was ever considered “fringe,” given the stunning and unique untouched nature that results from the island’s combination of ice and fire near the Arctic Circle, with immense glaciers and over 100 volcanoes.

Most simply didn’t know enough about this small Nordic island country to “immerse [themselves] in ethereal panoramic landscapes and breathe in the pure mountain air of this unspoiled land,” as the Visit Iceland website suggests. But the small population and infrequent sightseers knew its treasures, from adorable puffins to dazzling Northern Lights to exhilarating waterfalls. The value was largely missed by the rest of the world.

Until it came to the surface in the form of an erupting volcano.

Eyjafjallajökull, which belched to life in April 2010, ejected so much volcanic ash into the atmosphere that it created the largest shut-down of commercial air traffic in Europe since the Second World War. Much of Northern Europe was grounded continuously for over a week, but sporadic disruptions meant the story was front and center in the news… every day… for 22 days.

In hindsight, there could not have been a more effective means of getting the word out about Iceland. In the five years following, the number of international visitors to that tiny country has nearly tripled and tourism now grows at a rate of 20% per year.

Iceland was once a fringe destination, but now it seems everyone knows someone who has been there recently. And they’re telling their friends. Word is spreading. The critical mass has created a movement. 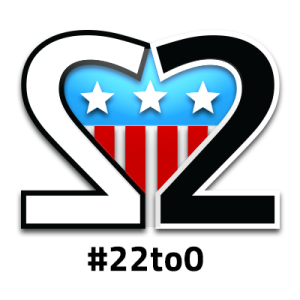 Last September, Magellan Health spearheaded a suicide prevention month campaign to bring attention to veterans’ suicide and called it 22 to 0, based upon the estimate that had been circulated for many years that approximately 22 veterans die across the nation each day (more on the right number later).

Senior VP Michael Braham stated using social media was important to focus on reducing the number, “because anything greater than zero is too many.” Mike was an officer in the Marine Corps and flew combat missions during the Gulf War, but he’s also a passionate suicide prevention advocate.

One evening, after an event in Washington, DC, Mike came upon a man standing on the far side of the rail of a downtown bridge, threatening to jump off. Some in the crowds jeered for the man to go ahead, but Mike engaged the man, who nevertheless let go of the rail. As he tumbled toward the water, Mike lunged and grabbed his arm…and held on. The man couldn’t swim and would likely have perished if it weren’t for Mike’s rescue.

Unfortunately, a committed few who stand against the crowd cannot change our world. Change takes everyone, and 22 to 0 was an effort to engage beyond the faithful few.

A few weeks ago, Sally and I received a challenge from Greg Dicharry, who also hails from Magellan Health and who leads their national youth empowerment programs, including the innovative MY LIFE program in partnership with outstanding youth leaders.

Greg challenged us to the 22 Push-up Challenge. When Sally and I looked into it, we discovered a global phenomenon that was reaching masses of people. This week, an NBC Nightly News story reported that celebrities from Dwayne “The Rock” Johnson to Snoop Dog have been posting videos showing their support, adding to the collective millions of push-ups already performed since the movement went viral.

Akin to the ice-bucket challenge that raised millions for ALS, NBC reported that the push-ups are not raising cash, but awareness, calling them not a show of strength, but an act of compassion. And the masses have showed up, full of passion and determination. Finally, our conversation is moving beyond the mental health and public health experts, and just like the breast cancer movement, people of all backgrounds can do something to help muster the political will our cause has been lacking.

On a fairly regular basis, the suicide prevention and grief support community bemoans being largely ignored, underfunded, and marginalized. However, with this incredible social media movement, we are front and center on almost everyone’s radar. Our colleagues, college friends, children – even pets – are joining in solidarity all over the globe; the new and needed voices for the movement are arriving by the thousands. This moment gives us an opportunity to shape the conversation by meeting people where they are.

For some who have participated, they have found parallels that create connection to this cause. Those in less than ideal fitness wrestled with fears of being challenged, embarrassed, of looking weak, or receiving backlash from our own community.

These are the same fears many Veterans face when deciding whether or not to reach out for support. Whether or not to speak up about their pain. The truth is that each of us who faced our fears and exposed our vulnerabilities gained from this experience. We started new conversations where conversations did not exist before. We helped shift the dialogue from suicide statistics to resources and recovery.

Some veteran’s support groups have raised concerns over the lack of context and research accuracy with the number 22, which was based on a sample from 21 states from 1999 to 2011. They express concern that those who hear about 22 push-ups assume that these deaths are primarily from those who served in Iraq and Afghanistan, when veteran suicide also strikes those who are much older and perhaps never saw combat duty.

Last year, the Washington Post Fact Checker gave the idea “two Pinocchios” and concluded, “The actual number of veteran suicides a day might be higher than 22 for a given population of veterans facing certain risk factors, and lower for another group.” Some have suggested a campaign that varies between 18 and 22, which was the original conclusion of the original VA’s 2012 Suicide Data Report.

But other experts have raised concern that push-ups that only represent veterans miss the point. According to the American Foundation for Suicide Prevention (AFSP), there are 117 suicide per day in the US. I was contacted early on by a national expert who suggested we do 117 push-ups per day instead of just 22.

Others have proposed that any focus on those who have died is the wrong message. Instead, we should highlight the millions who currently struggle or who have in the past, but found a way to survive. We should offer hope, healing, and help. Changing the conversation will strengthen our entire society and begin to truly reduce suicide as individuals realize they are not alone, and that others have found a way through the pain.

Ken Norton, Executive Director for NAMI New Hampshire, began doing 30 push-ups daily to focus on the average number of daily active rescues for those who engaged the Veterans Crisis Line and/or the National Suicide Prevention Lifeline.

What’s the right number? The 22pushups website that launched this incredibly successful social movement poses the question and answers:

“Every pushup counts so don’t be shy to show your support for our veterans. You can do as many or few pushups as you can or choose. Whether it’s 1 or 100 in a row, we will accept them however they come. They can be assisted (on your knees), incline (on a desk/wall), or if you physically are unable to do any, we’ll even take air pushups.”

Bottom-line… they all count. Do what you can.

22 Days Is the Difference

Some have asked if the extraordinarily short news cycle in 2016 will continue to shorten or whether we have reached bottom. We seldom see the public hold its attention on any news item for more than a few days. And, it’s exceedingly rare that a story keeps our attention for nearly three weeks, for 22 straight days.

But, when it does, magic happens and the world changes. Some have criticized the 22 pushup challenge because it seems to lack a specific ask. Is social media dissemination the means or the end? Well, Eyjafjallajökull had no other end than bringing attention to a small island towards the top of the earth, and the crowds are now filling Reykjavik.

Here’s what we do know. Without this challenge, we wouldn’t have seen the pictures at the bottom of this post:

Today is World Suicide Prevention Day and we’ve been watching an amazing international conversation. For those of us who confronted our fears of shame and rejection by engaging in this 22 day effort, we now have greater strength and empathy. We realize our daily ritual, which honors the suffering and strength that comes with suicidal thoughts and behavior, is a burden we can all help carry. It’s a dialogue that includes everyone.

On this last day, we did the right number. So, how many push-ups did we do today?

All we could muster.

Dr. Caitlin Thompson, the Executive Director for Suicide Prevention at the Veterans Administration, is behind September’s Suicide Prevention Month #BeThere campaign. In addition to professional resources, she says everyone can do something to help prevent suicide. “You don’t have to be a trained professional to support someone who may be going through a difficult time. We want to let people know that things they do every day, like calling an old friend or checking in with a neighbor, are strong preventive factors for suicide because they help people feel less alone. That’s what this campaign is about – encouraging people to be there for each other.” 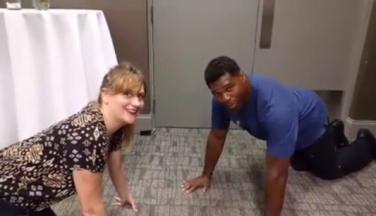 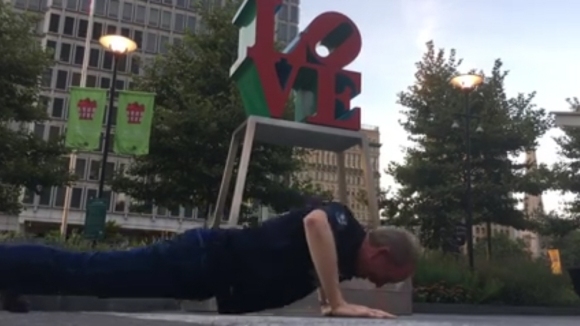 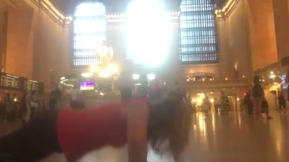 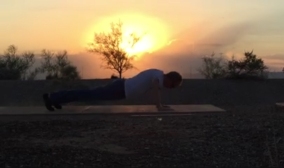 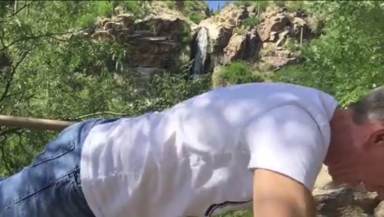 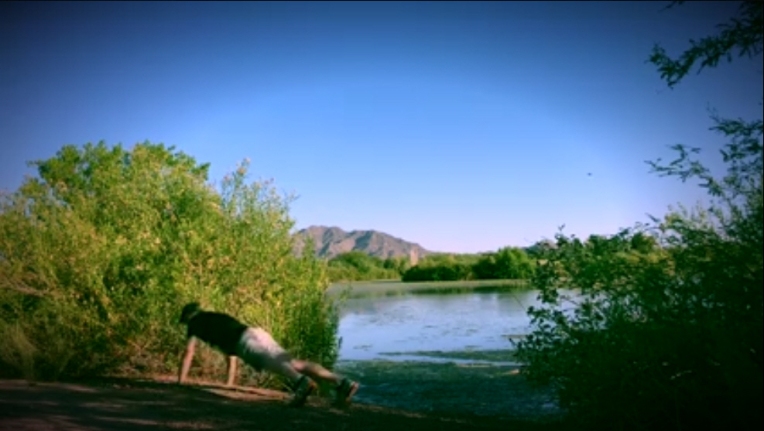